Ideology and Partisansip in Kurdish Novels of Soviet Period

After the Revolution of October 17, in the Union of Soviet Socialist Republics, the new government began cultural activities and the First Soviet Writers Congress was held in 1934. In this congress, socialist realism was regarded as the official art view of the state. Soviet authors unavoidably produced works within this framework. Socialist realism emerged with a few principles and one of them is "ideology and partisanship". Soviet Kurdish writers were also affected by this ideology. In this study, after giving a few important notes about socialist realism, we will focus on the ideology and partisanship of Soviet Kurdish novels written in this current. For this study, in line with the historical pattern, we will deal with seven Kurdish (Kurmanji) novels written in the Soviet Union. We will analyze how ideology and partisanship are involved in these novels. 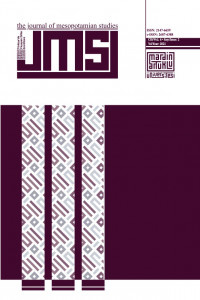