The Ottoman-period scholar Xasî, as an intellectual of Diyarbakir, was engaged in Islamic literature and science. In addition to studying the classical sciences of the madrasas of his time, he was also interested in the sciences of tasawwuf, fiqh, and theology. He has produced works in the field of theology and literature, and showed his attitude and position towards socio-political events. Xasî has resigned from his official position as a reactionary attitude towards the events of the period and has preferred a free personality. Therefore, the authorities of the time mentioned, put pressure on him, exiled and imprisoned him. With this self-sacrifice, he reached the level of muderis (educater), mufti, and theologian and became a caliph in the field of Sufism. As a Kurmanji and Dimbilian author, he wrote a Mewlid, in Kirmanji/Zazaki, a five-language mulemma, and several other poems in Kurmanji, Arabic, Turkish, and Persian. In addition, he has produced several scientific-theological works in Arabic. Against the views and opinions of the Sunnis, as an Ash'ari scholar, he has actively defended the Islamic faith with his works. Such a well-known personality, who has had such a high and important level of attention and personality in the Kurmanji and Dimbili region, is still not recognized in our opinion as a way to deserve it. Our intention with this study is to better introduce him. So far some work and research has been done on Xasî; we just wanted to highlight some of his different aspects and study his background, life, works, his literary personality and his scholarly attitude. 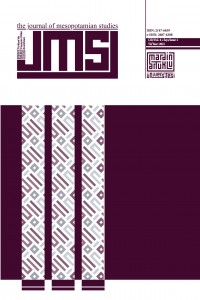