This study is prepared with the aim of identifying and introducing the earliest texts in Kirmanci (Zaza) language and their authors. These texts were written or published between 1789 and 1903. With this study, the course of Kirmanc language writing is studied from the end of the 18th century to the beginning of the 20th century. Two of the authors of these texts are Kirmanc, while the others are Russian, German, British and Bulgarian. Thanks to the words in these texts, the regions to which the texts belong can be determined, the alphabets used for writing in Kirmanc language until now can be seen and the changes of the words can be compared with today's language. However, since the Kirmancs both have not been able to have their own ongoing political centers and could not make their language that of writing and literary in its fullest sense, the remaining texts were prepared mostly by orientalists. This situation both causes difficulties in accessing resources and does not give an opportunity to follow an uninterrupted process for a diacronic study. 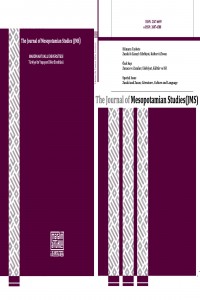