The Lively Rhetoric Between Stylistic and Pragmatic Values; The Arts of the Badi’ Style

The terms of Arabic rhetoric varied during its birth. For example,  “el-beyân” appears in the writings of el-Cahiz and el-bedî’ can be seen in the writings of ibn el-Mu‘taz. Moreover, other terms, such as rhetoric, eloquence and mastery, appeared in the writings of Abdul-qaher. es-Sekkâkî had a great influence in sorting these terms where he considered El-badi’ or ways of developing speech part of the sciences of “ma‘âni”  and  “beyân”. Althoughel-Qazwînî was the first to call “el-bedî‘” with its name, es-Sekkâkî was the one who mentioned it'd sciences and divided them into verbal and moral. The arts of “el-bedî‘” in es-Sekâkî’s rhetoric had the refinement purpose; to improve the pronunciation or meaning without shedding light on their aesthetic values of stylistic and pragmatic utilitarianism in a way that gives it a life and enhance their horizons.The arts of “el-bedî‘” have many aesthetic and beneficial dimensions. On the one hand, the field of stylistic studies had a clear influence in reveling the aesthetic dimensions of the rhetoric in general. On the other hand, the field of pragmatic studies had influence in bringing to light the beneficial dimensions of it. By joining both fields we come up with a new rhetoric which is the lively one. Therefore, we thought of dividing the research into tow introductions; the first deals with the stylistic and pragmatism and their relation to the rhetoric from the point of view of the recent studies and the other introduction from the private point of view. They'll be followed by two chapters; the first dealing with the stylistic aesthetic dimensions of the arts of rhetoric and the other dealing with pragmatic, beneficial and Argumentation dimensions followed by a conclusion and results. 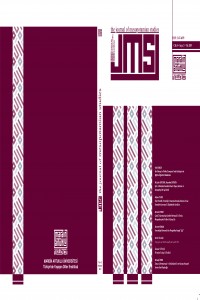