Due to official restrictions and prohibitions, Kurdish Language and Literature has experienced great erosion. Thus, there have been disconnections and disruptions in the language resources, the vocabulary set and the relation between the language and its background. In this respect, one of the most prominent people to be mentioned is undoubtedly Celadet Ali Bedirxan. Not only did he strive for the folkloric richness of Kurdish language be recorded and hence not be forgotten but also he pioneered literary studies, compilation, dictionary, grammar and translation studies for the purpose of keeping the language functional and efficient by operating it. Mehmed Uzun, who pursued Celadet Ali Bedirxan’s way and efforts, is one of the most outstanding figures of the 20th century Kurdish Literature. In fidelity to Celadet Ali Bedirxan and with worries similar to his, he told his life in the novel Kader Kuyusu (Well of Destiny). In this novel, the word “well”, related to the life of the hero of the novel, was used with the meaning of both “well” and “ memory”. Hence, telling the life of a Kurdish intellectual, a place-memory relation was handled through the word “well”. 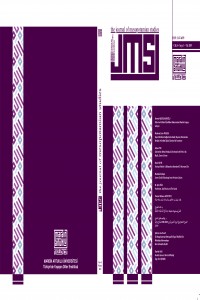