The tradition of dengbeji (dengbêjî)  has been verbalizing different aspects of Kurdish society since time immemorial. One of the themes that we have encountered in the songs of dengbejs is mourning. The word mourning itself expresses harrowing and dramatic stories back in the day.

Mourning as a ritual has some caracteristics among the Kurds. The task of investigating these features lies outside the scope of this article. Despite the fact that mourning is associated with killing and death, we can still observe feelings of grief and mourning in the songs of dengbejs which are coupled with love, battle and heroic saga. Besides these, observably there are some other dengbej songs about earthquakes that are embedded in public memory. The dengbej, by the way of his emotional language and special verbalizing method of it, aestheticizes mournful sob stories and presents them to the collective memory.

This article aims to investigate the notion of mourning in the dengbej songs with regards to battle and murder. Hence, in this article we will try to determine joint patterns and images in the songs of battle and murder. This article will examine in fact the kind of technique dengbejs employ in order to relate/narrate and which images they transmit in the course of a mourning song. For this study we have selected six songs of mourning, which are related to battle and murder. The songs which we have decoded are these: Şahîno, Qasimo, Silêmanê Emer, Bavê Koroxlî, Hesenê Mala Mûsa and one of Huseyno’s songs which is about the murder of a soldier from Gimgim. 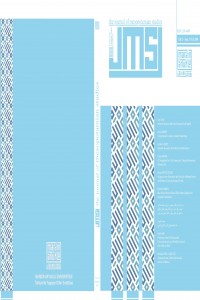